Based on just his geographical location and his family heritage, Felix would be called a German instrument maker. Once you have the pleasure of knowing him, though, you begin to realise that he is an amalgamation of the many different cultures from which he has drawn upon from his knowledge, absorbing the experience of getting to know different people from many distant places, and learning from past and modern history, all of which have shaped his persona throughout his lifetime.

My first meeting with Felix was in Cologne, where he was giving the presentation called ‘Faszination Streichinstrumente’. Now, if you find yourself at an event where you do not fully understand the language, you might start looking for the nearest exit, thinking of how to politely sneak away. Luckily for me, the room was packed and Felix started his presentation before I could leave! I stayed glued to my seat right to the end of it. Even though I still don’t know the full English transcript, I vividly remember the images of the old masters’ paintings portraying musical instruments from the XV-XVII century, through which Felix illustrated so beautifully the evolution from medieval instruments to the now classic and pivotal Amati violin shape. You did not need to speak the language – the images spoke for themselves. 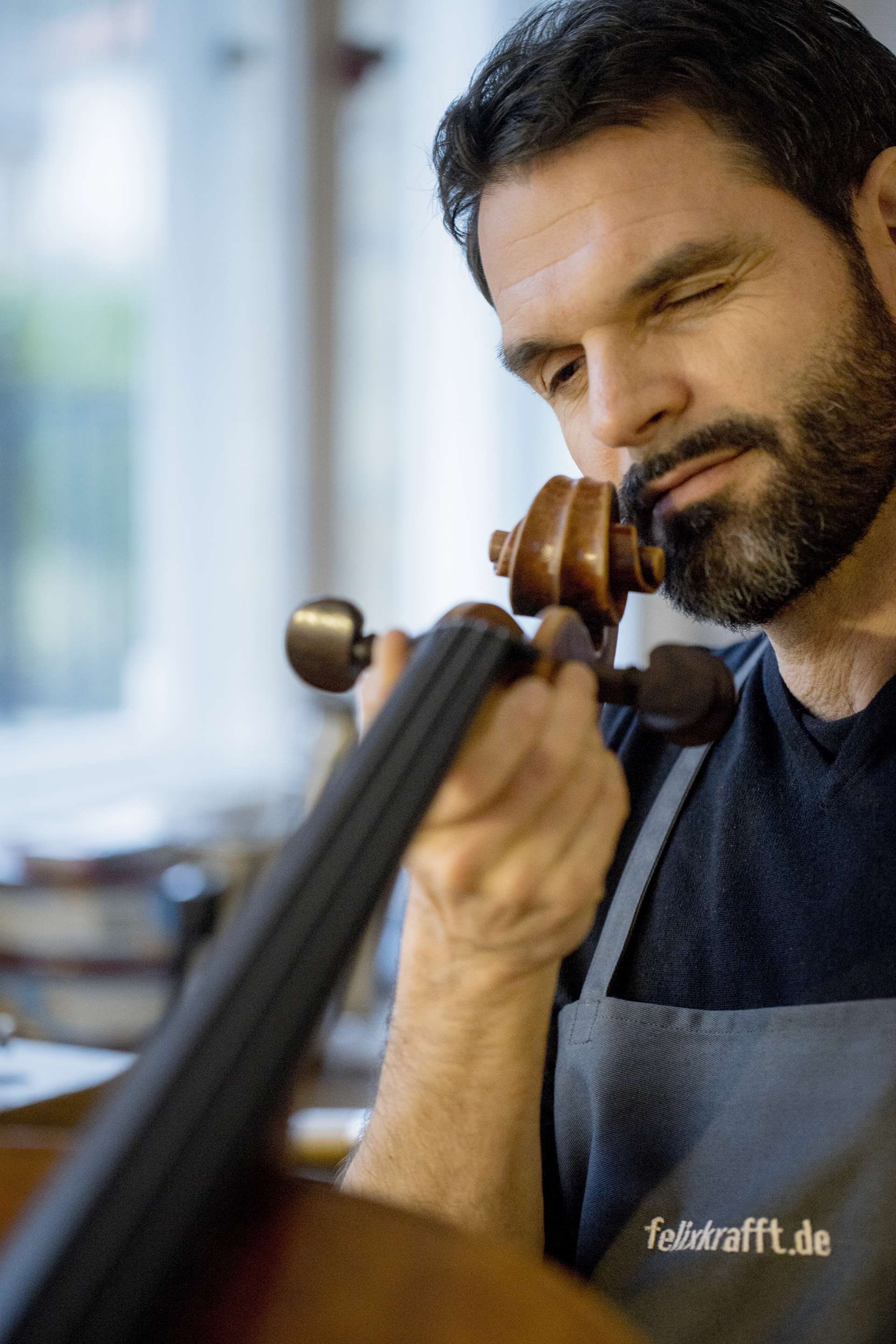 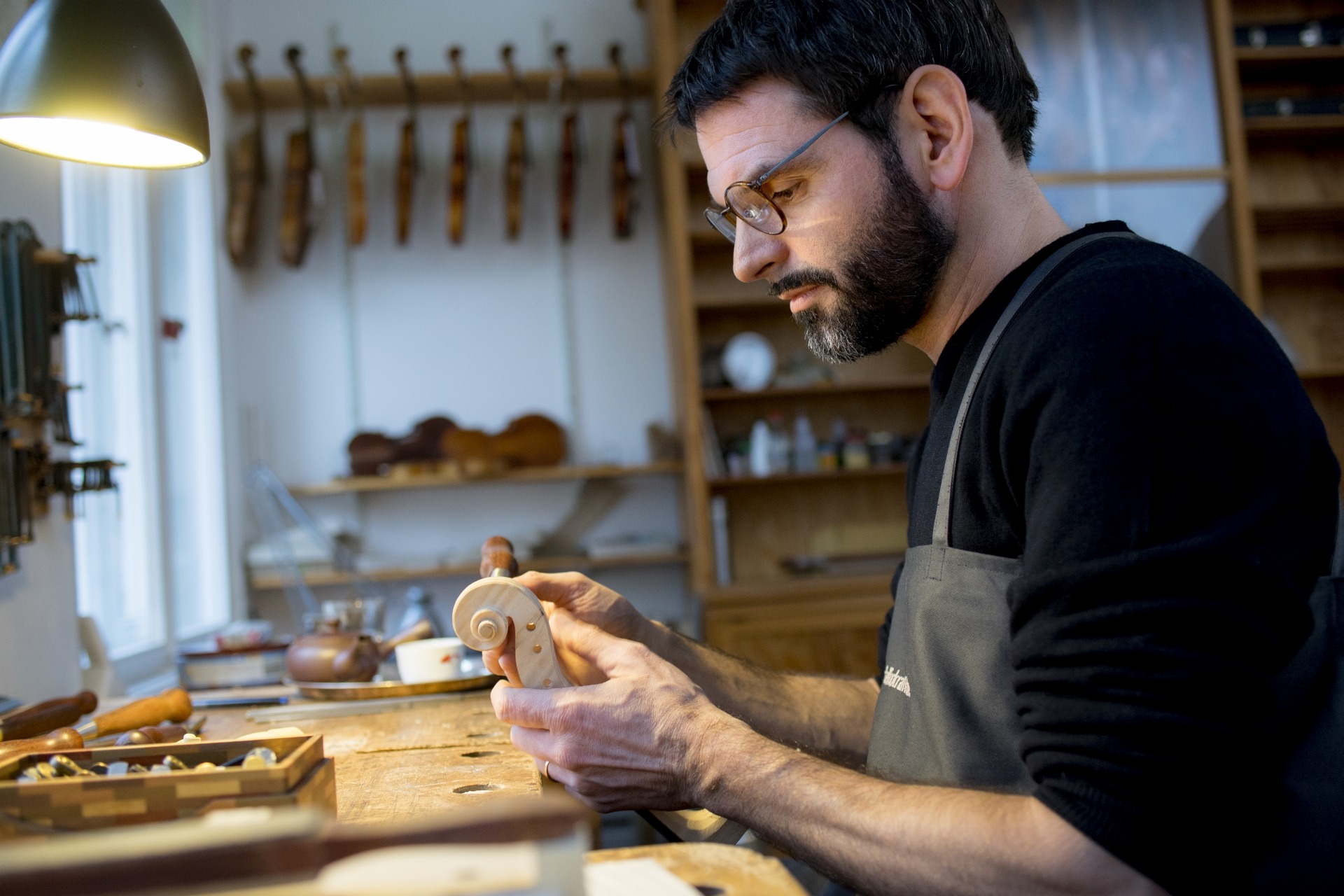 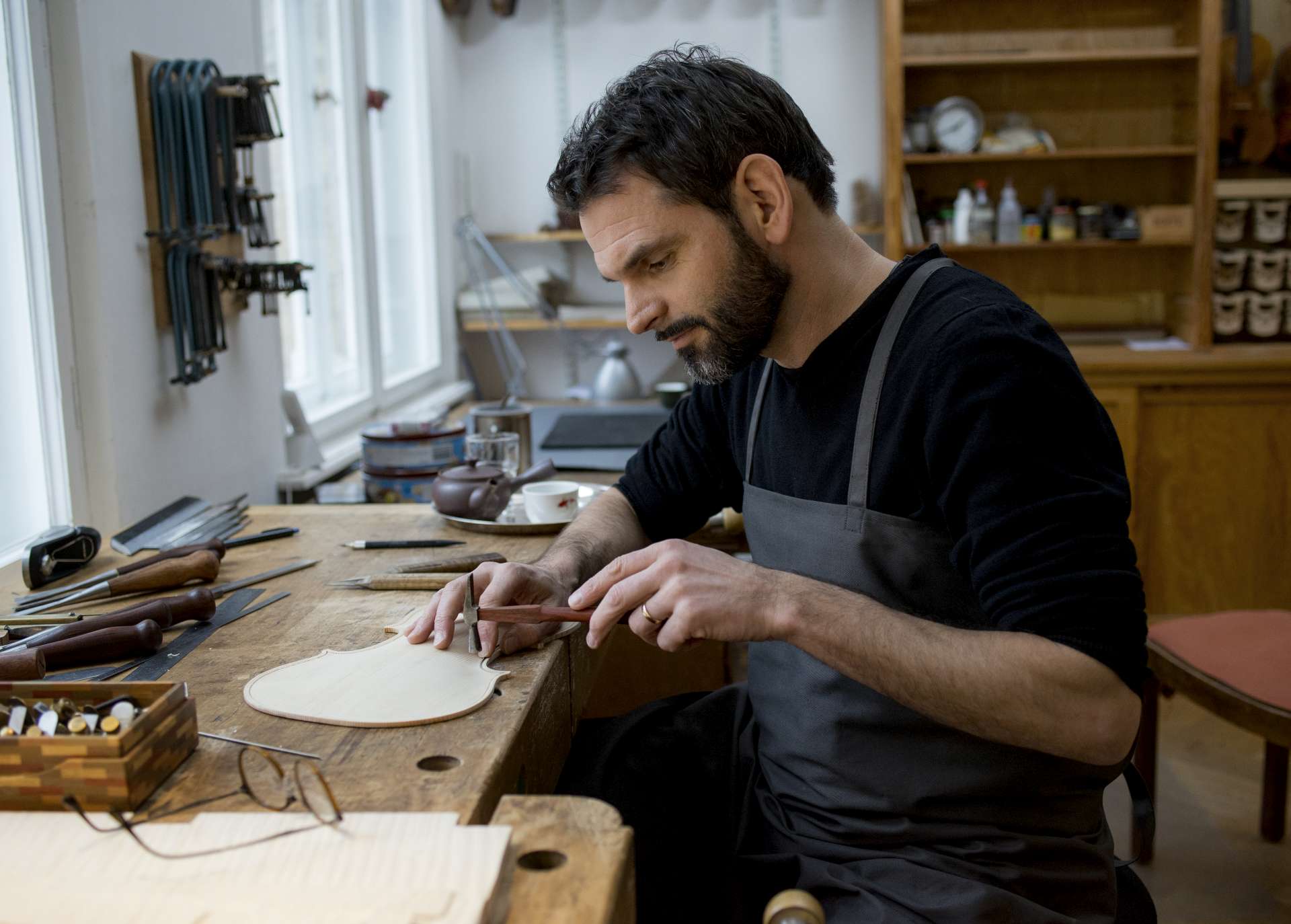 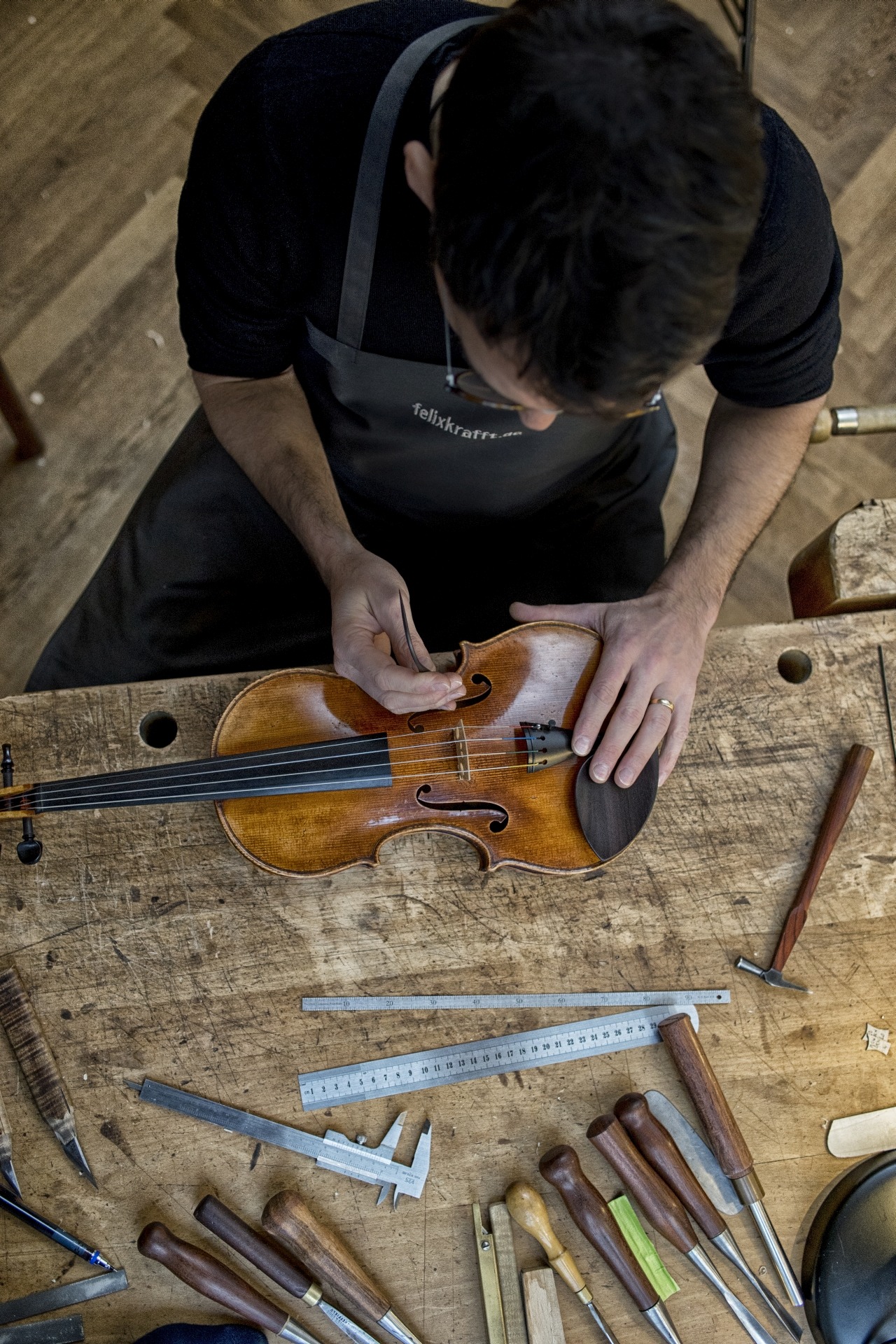 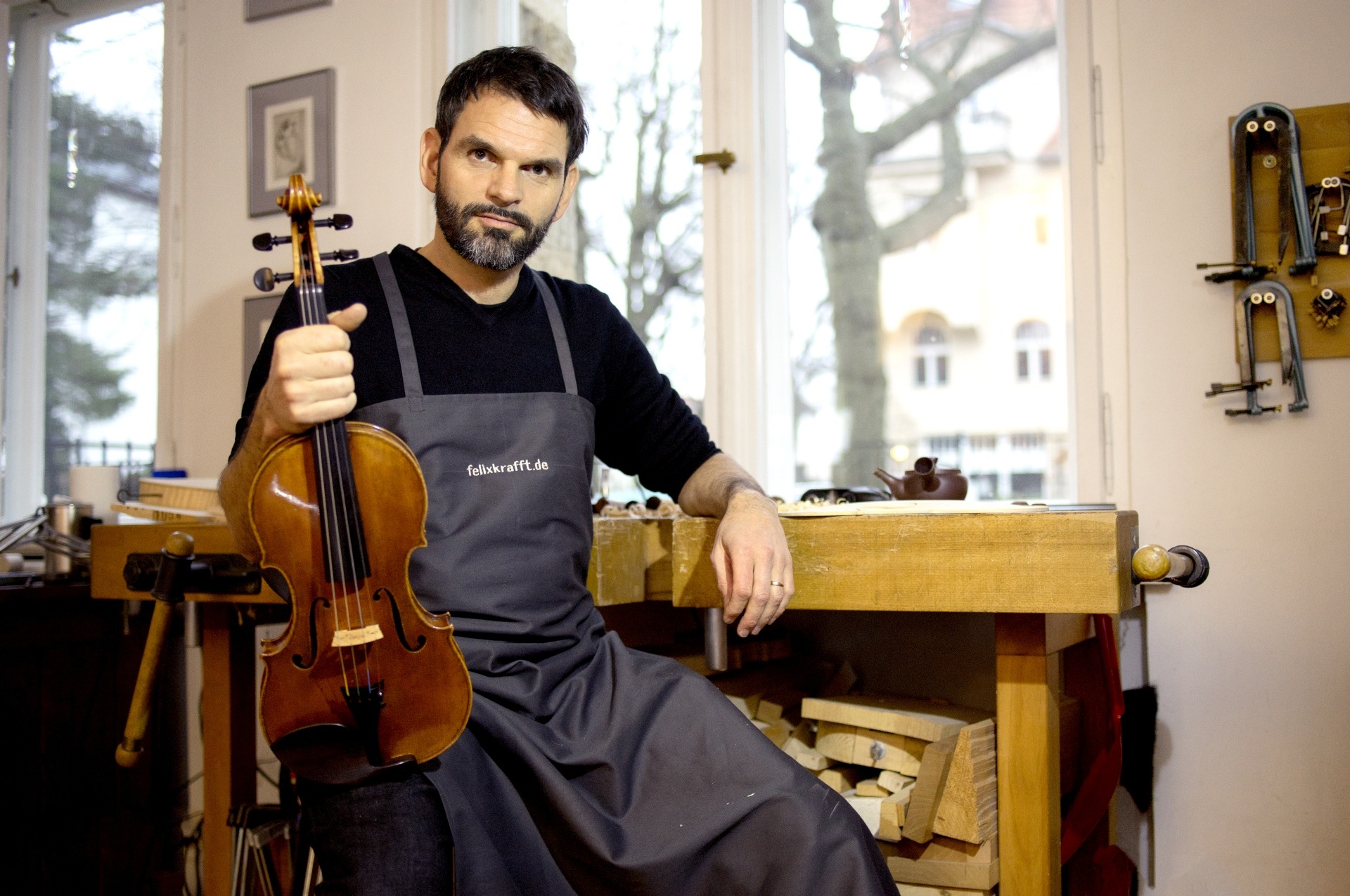 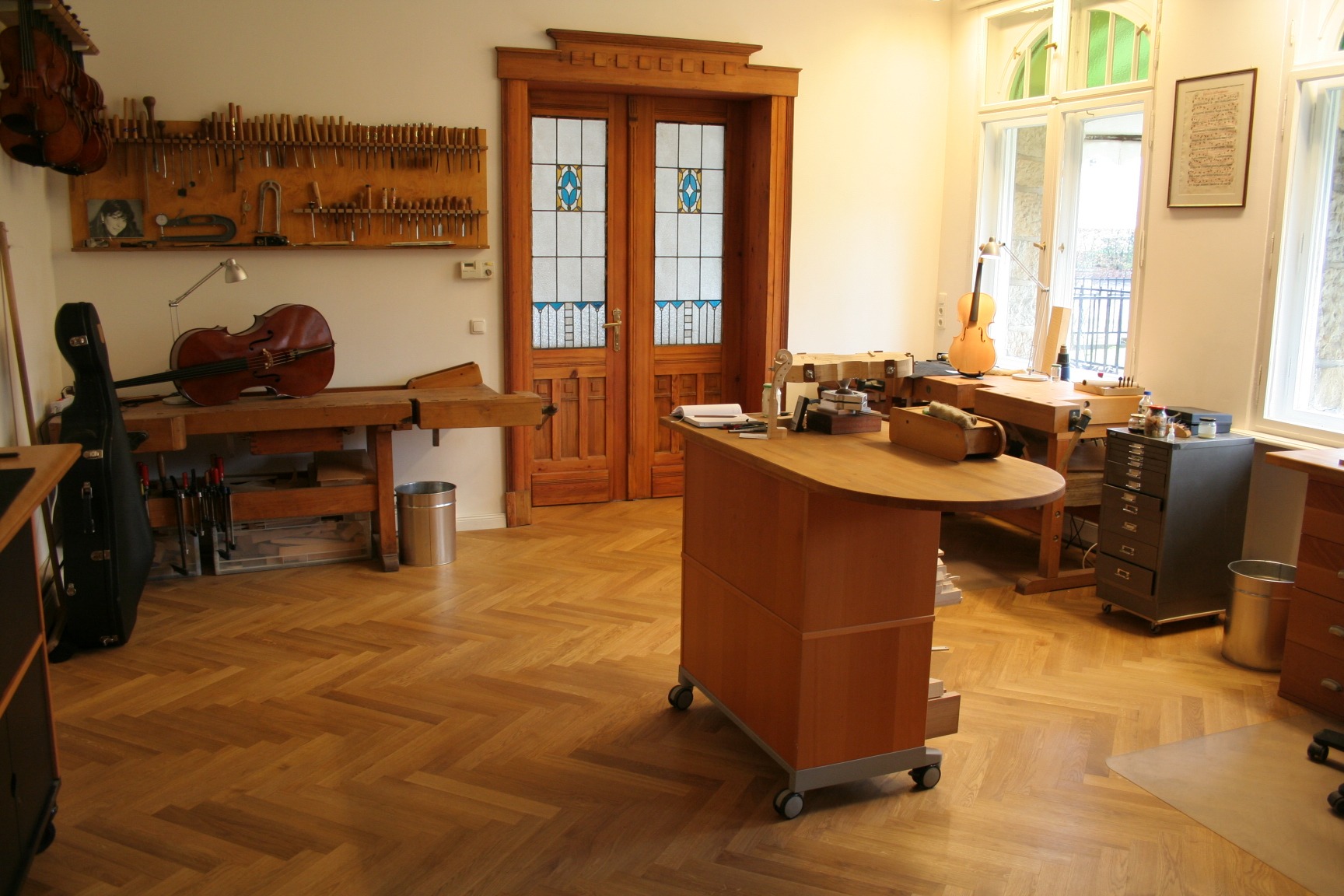 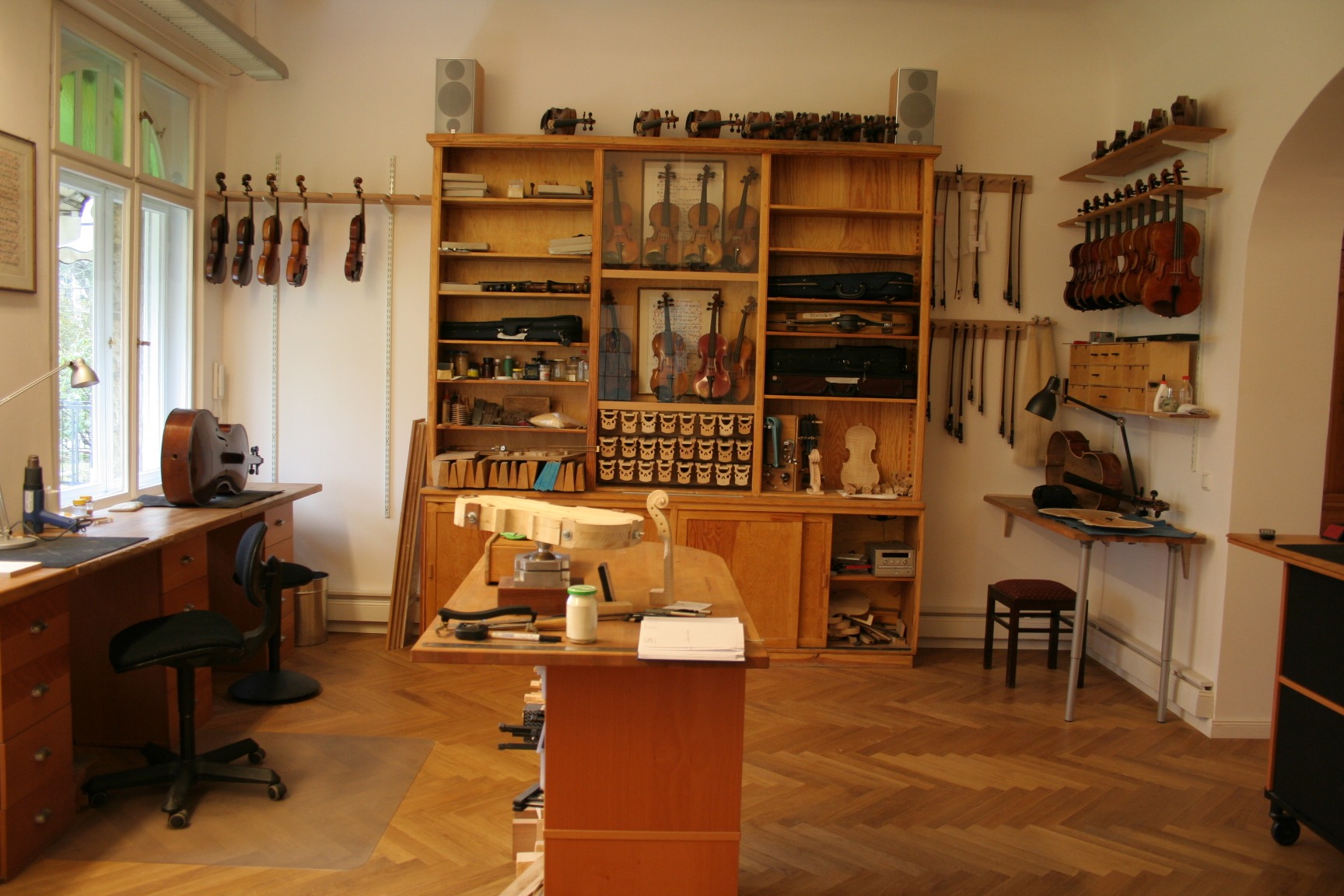 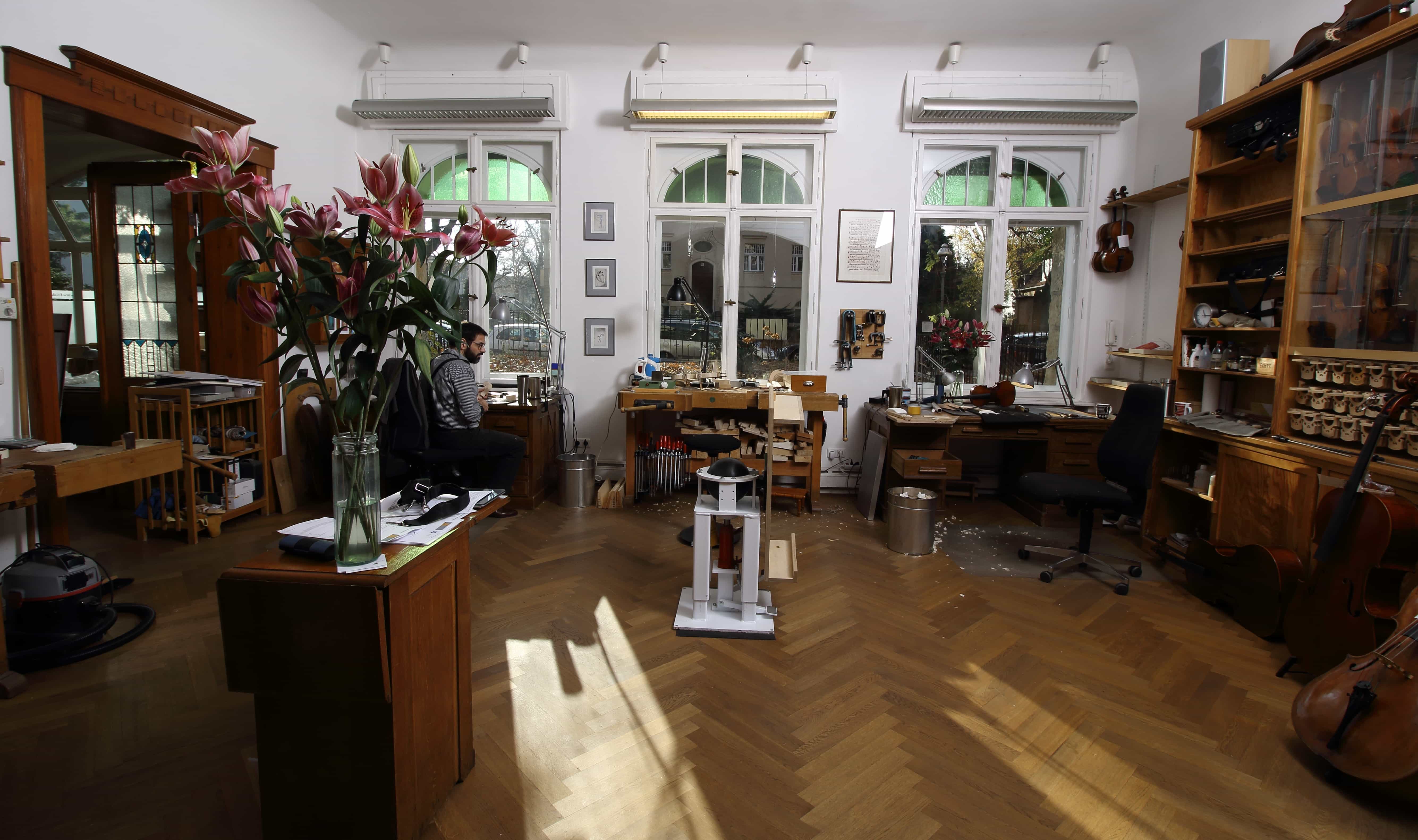 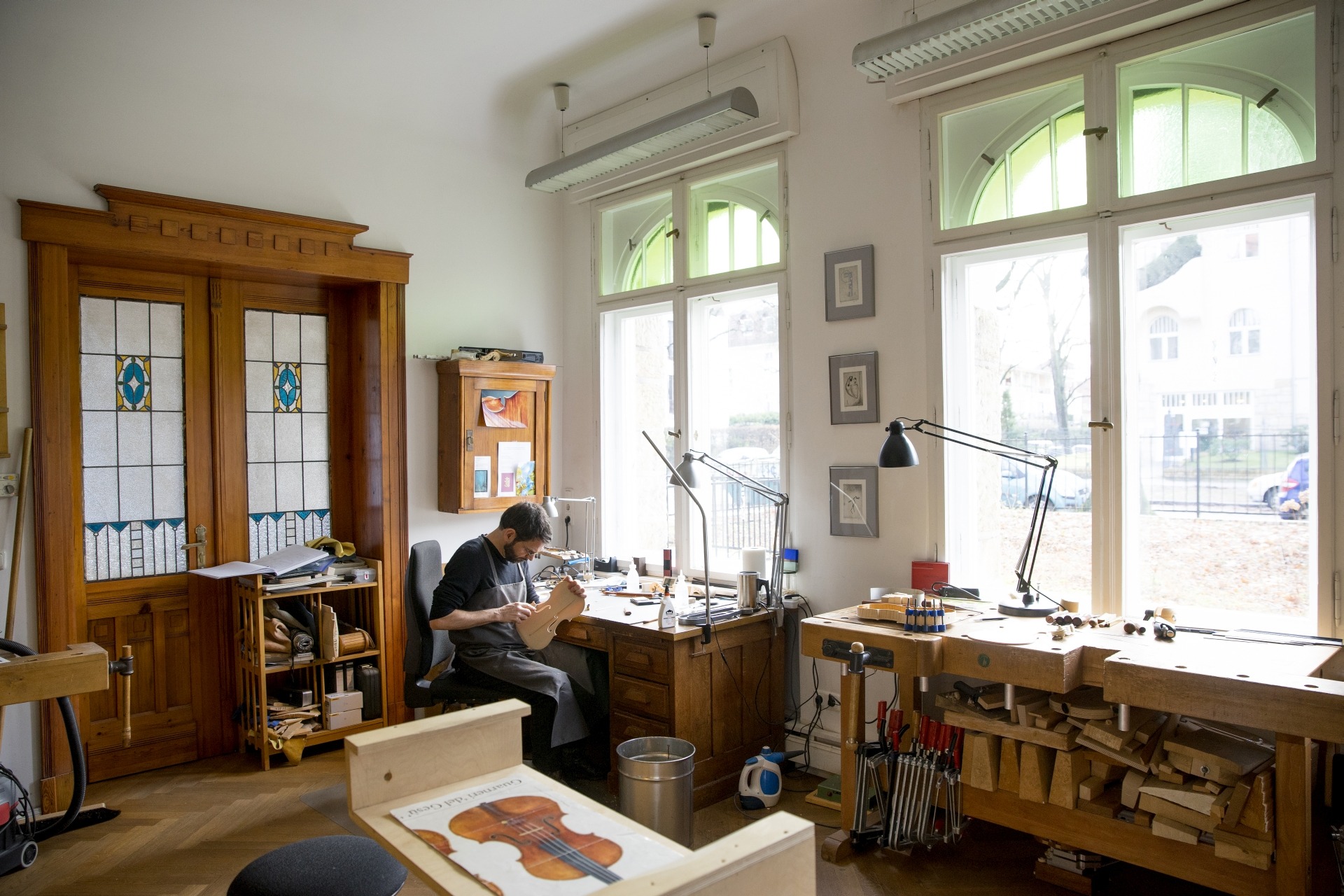 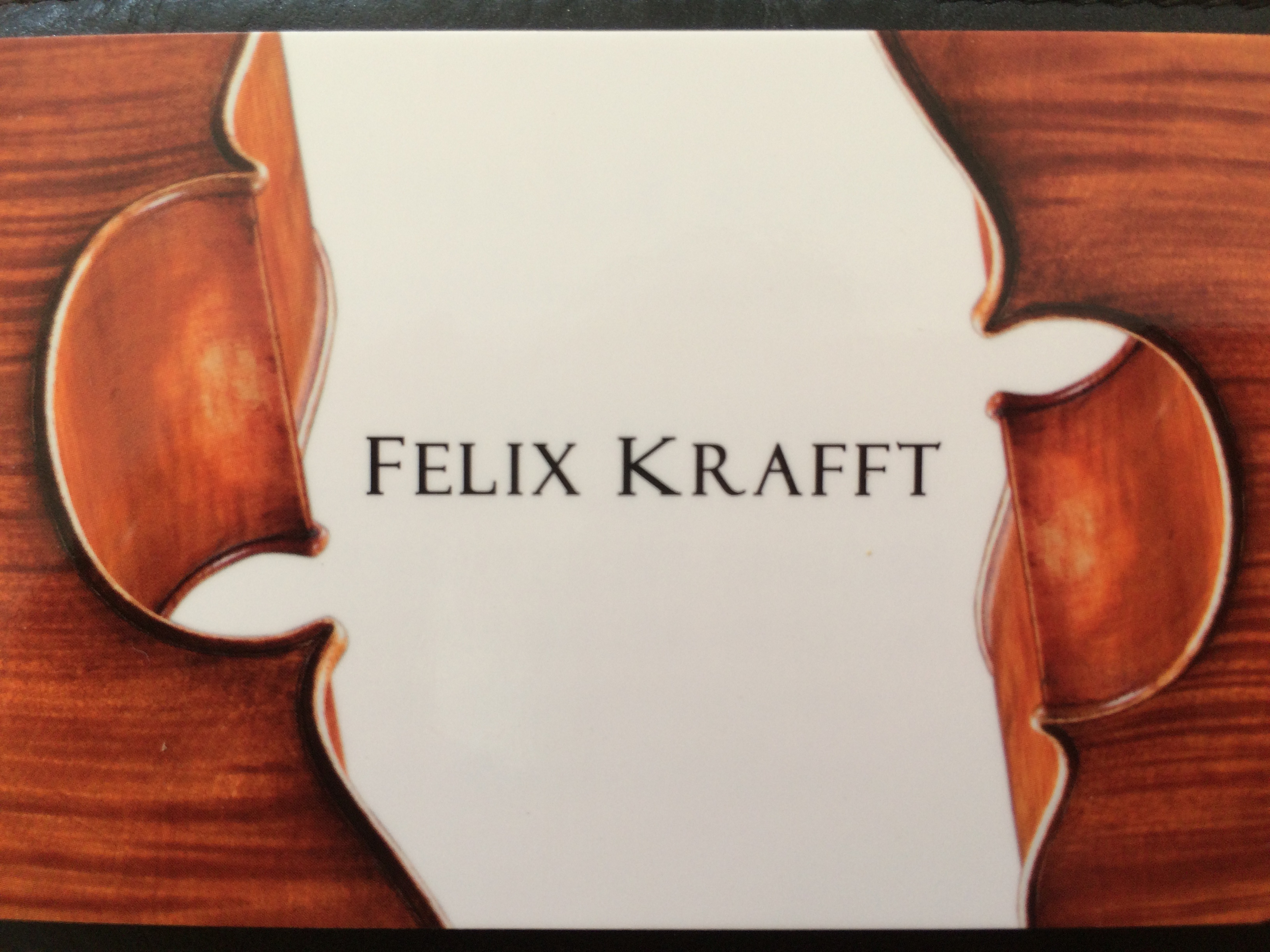 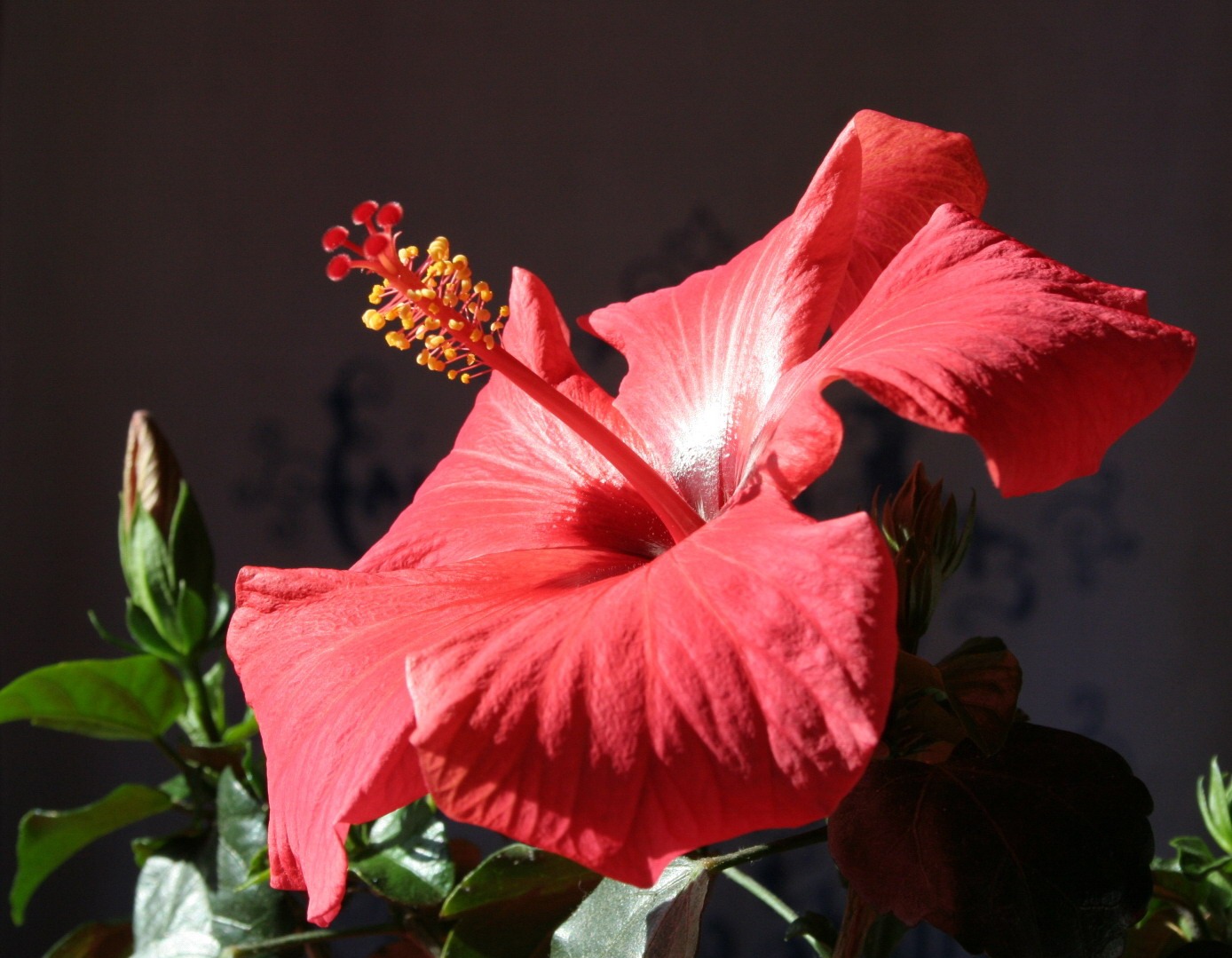 I would like to think that Felix’s ‘faszination’ with stringed instruments started in a childhood in which he studied the cello in Germany, in the day when the Berlin Wall still stood and Checkpoint Charlie was a real place and not just a Museum and tourist attraction. His path of becoming a violin maker started in 1989 in Gubbio, in the province of Umbria, Italy. During the three years that he studied to obtain the diploma “Maestro Liutaio”, Felix also conducted his own researches into the history of violin making throughout Italy. This was also a very important time in his personal life, as it was while in Italy that he met his soulmate (and now his wife of many years), the lovely Maria, who is originally from South America.

The story continues in Berlin, where Felix worked in a master’s shop for the next six years and obtained the official German instrument making status of ‘Geigenbaumeister’ in 1998.  The following year, Felix opened his own shop in Berlin, where he can now be found along the lushly green and leafy Beerenstrasse, in the beautiful south-western district of Zehlendorf. He continues his never-ending journey of discovery, both acoustically and aesthetically, in his making of new instruments, following the schools of old Italian masters, but continuing to expand his knowledge of today, drawing on his wide network of contemporary violin makers who gather every year at the Oberlin College Workshop in the USA. 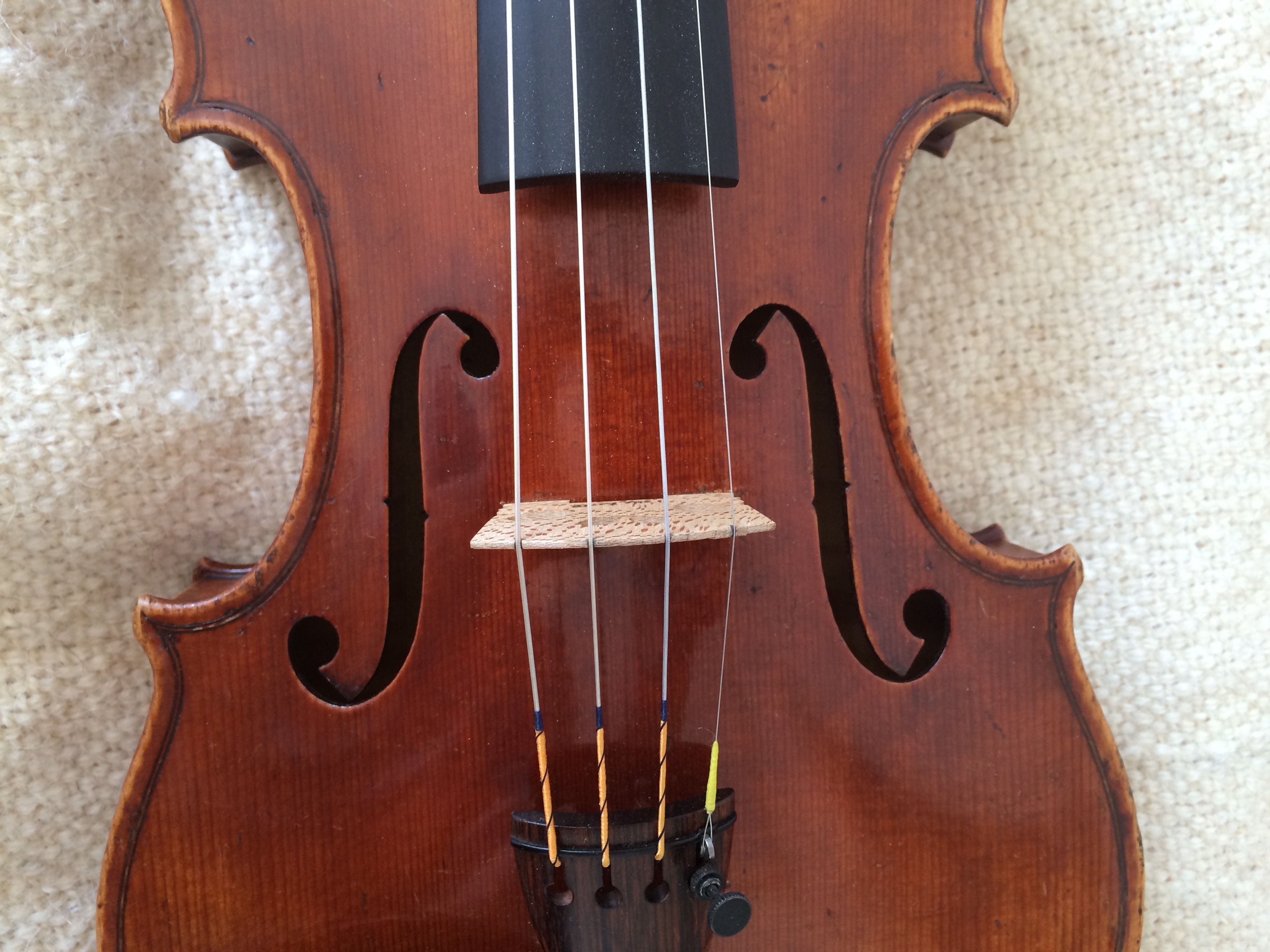 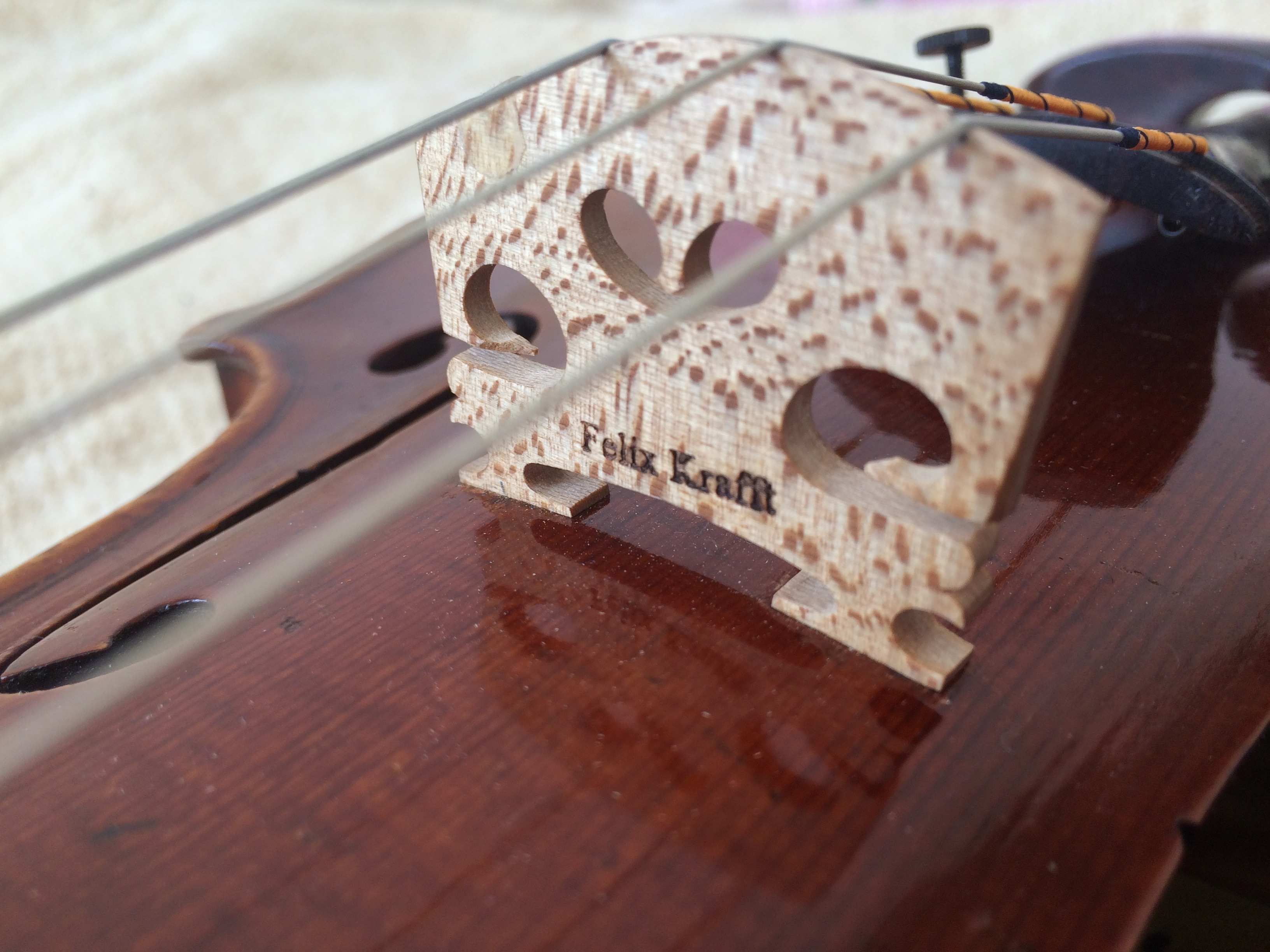 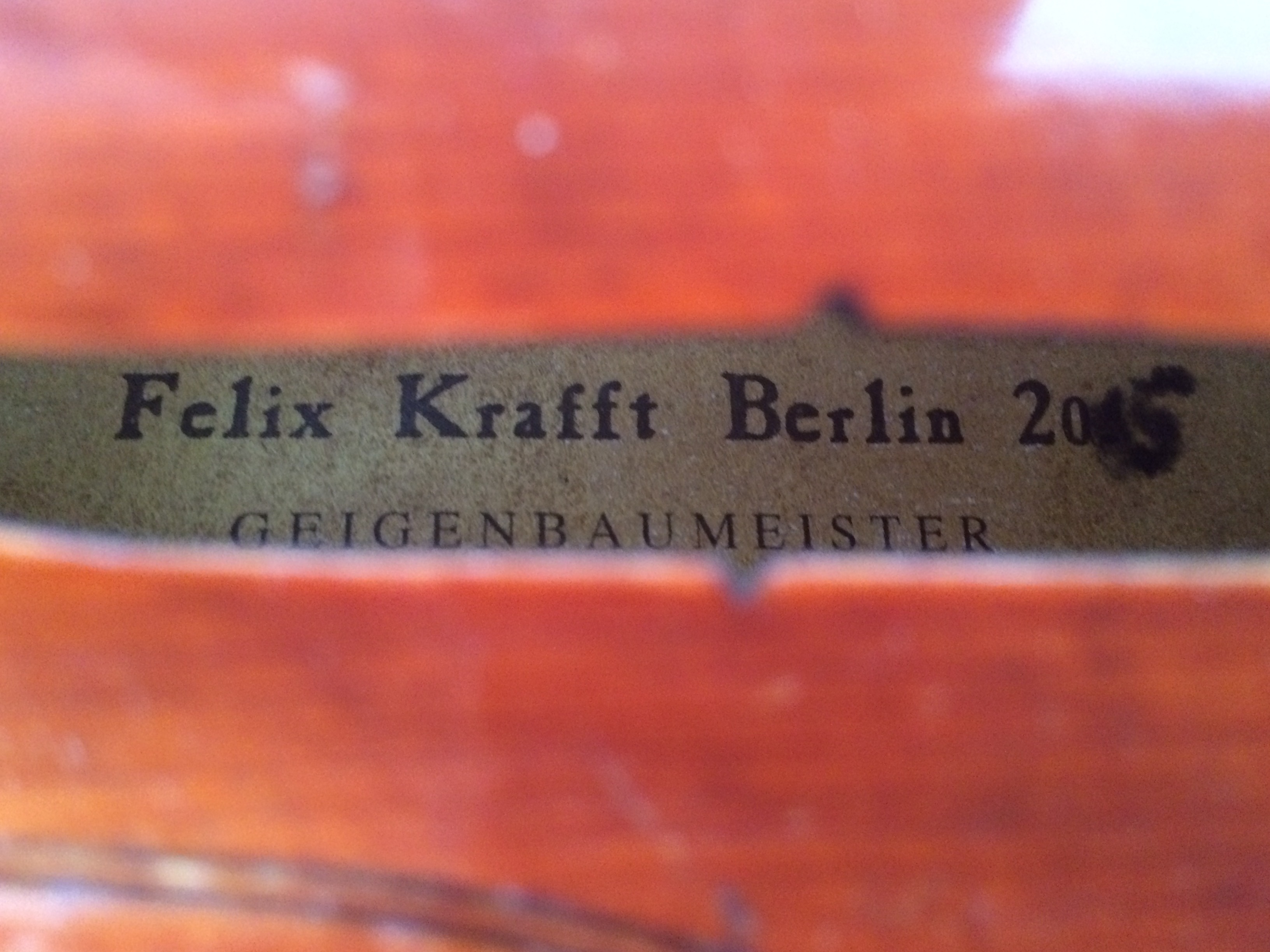 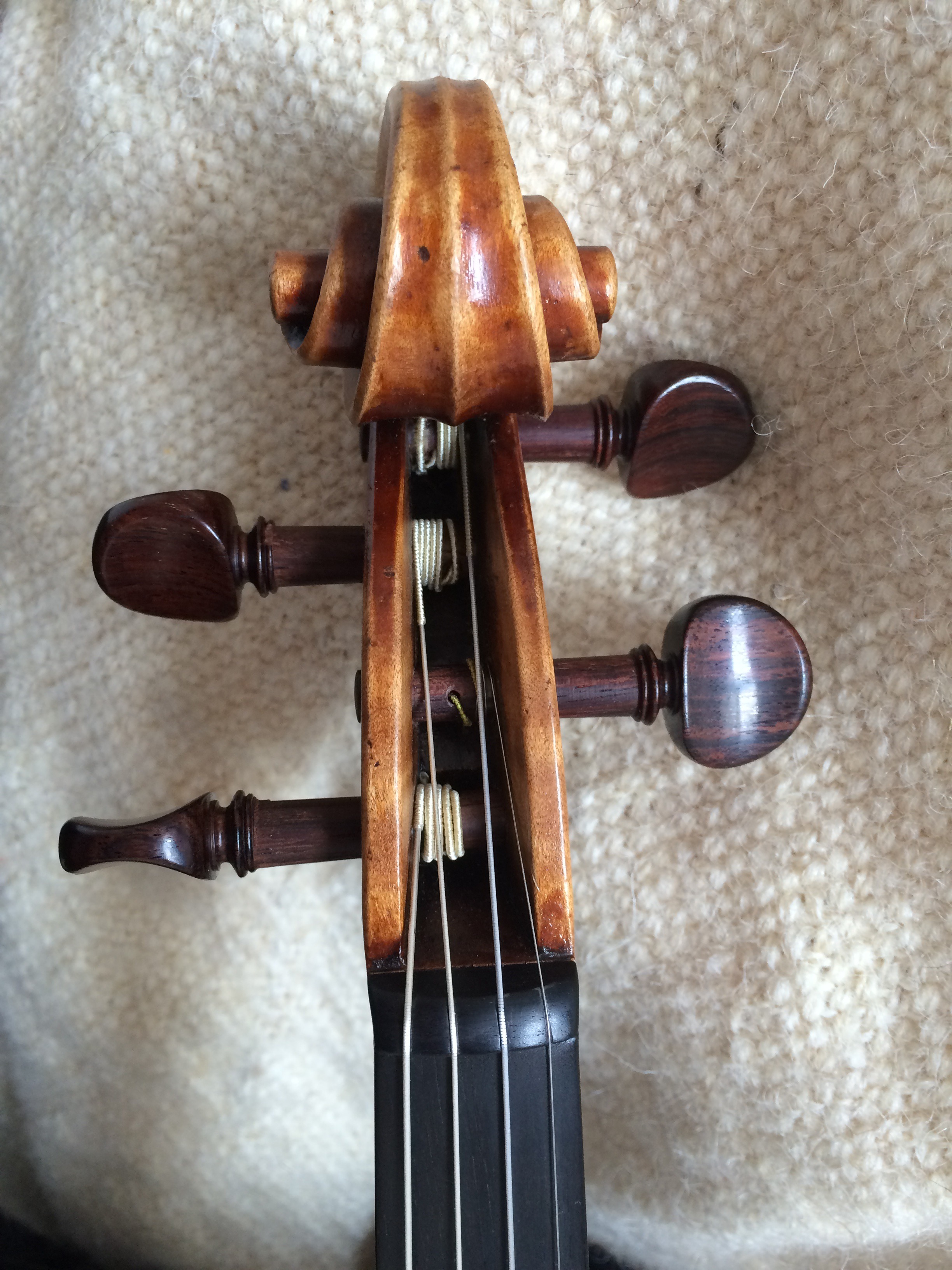 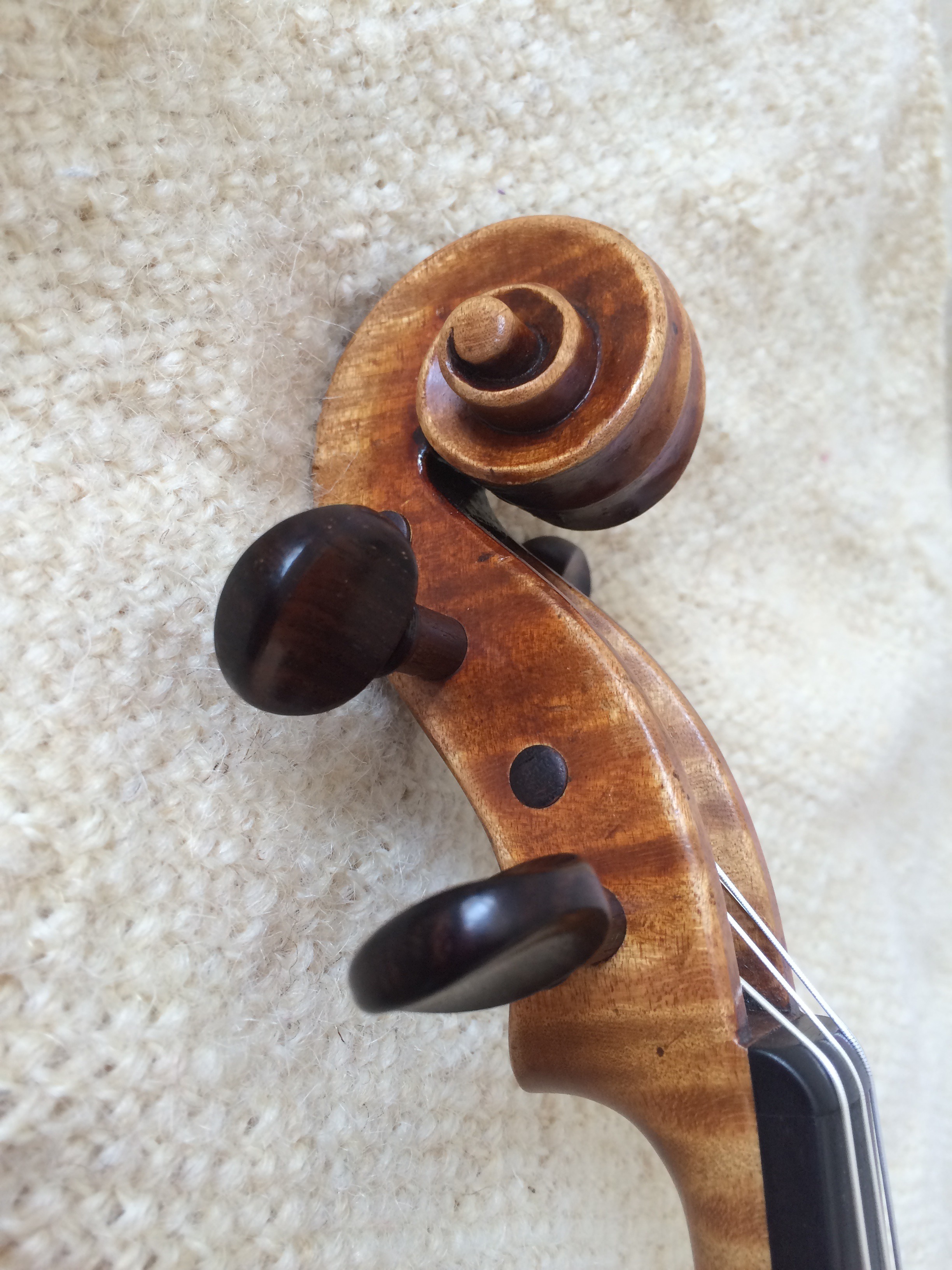 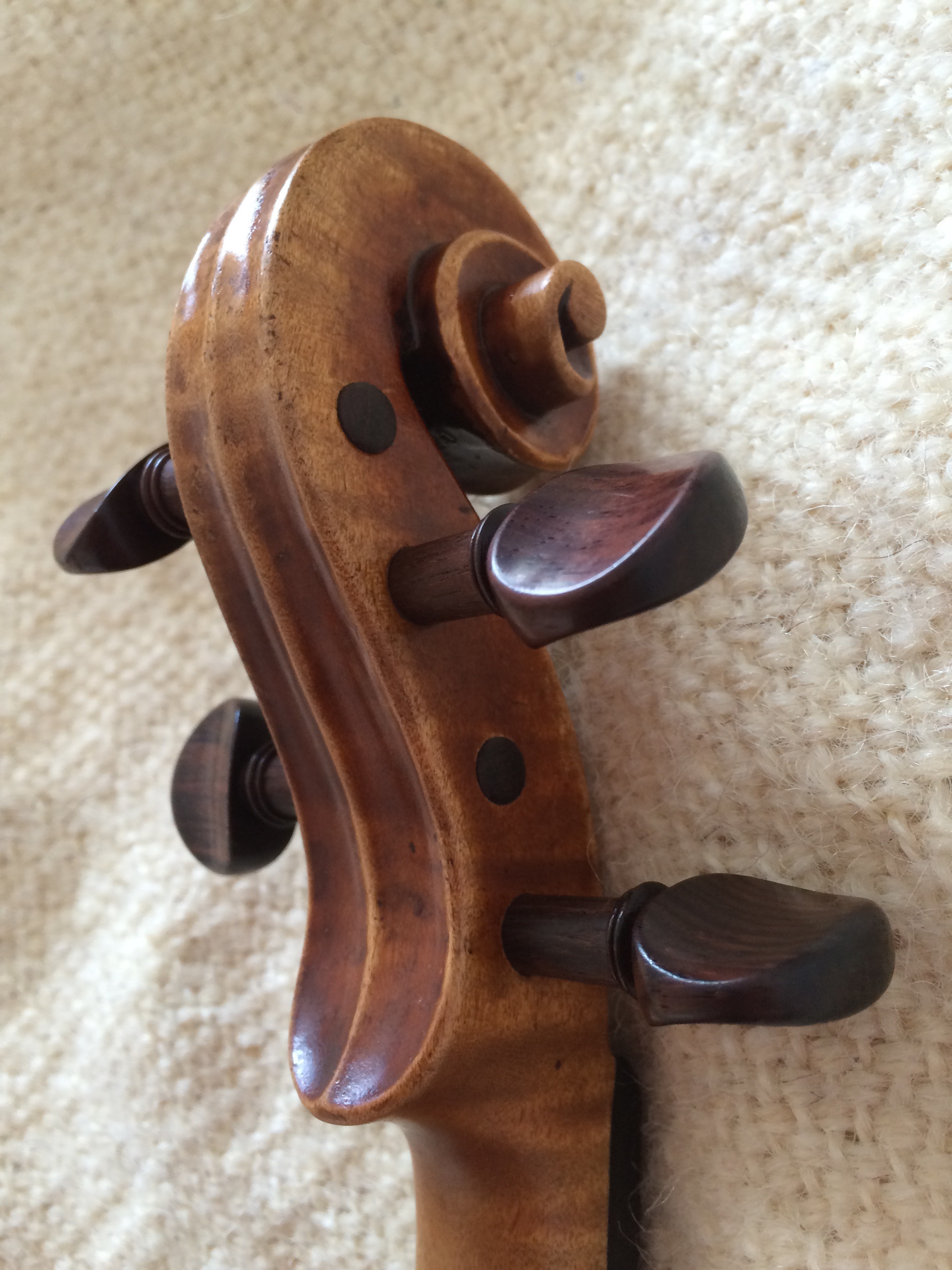 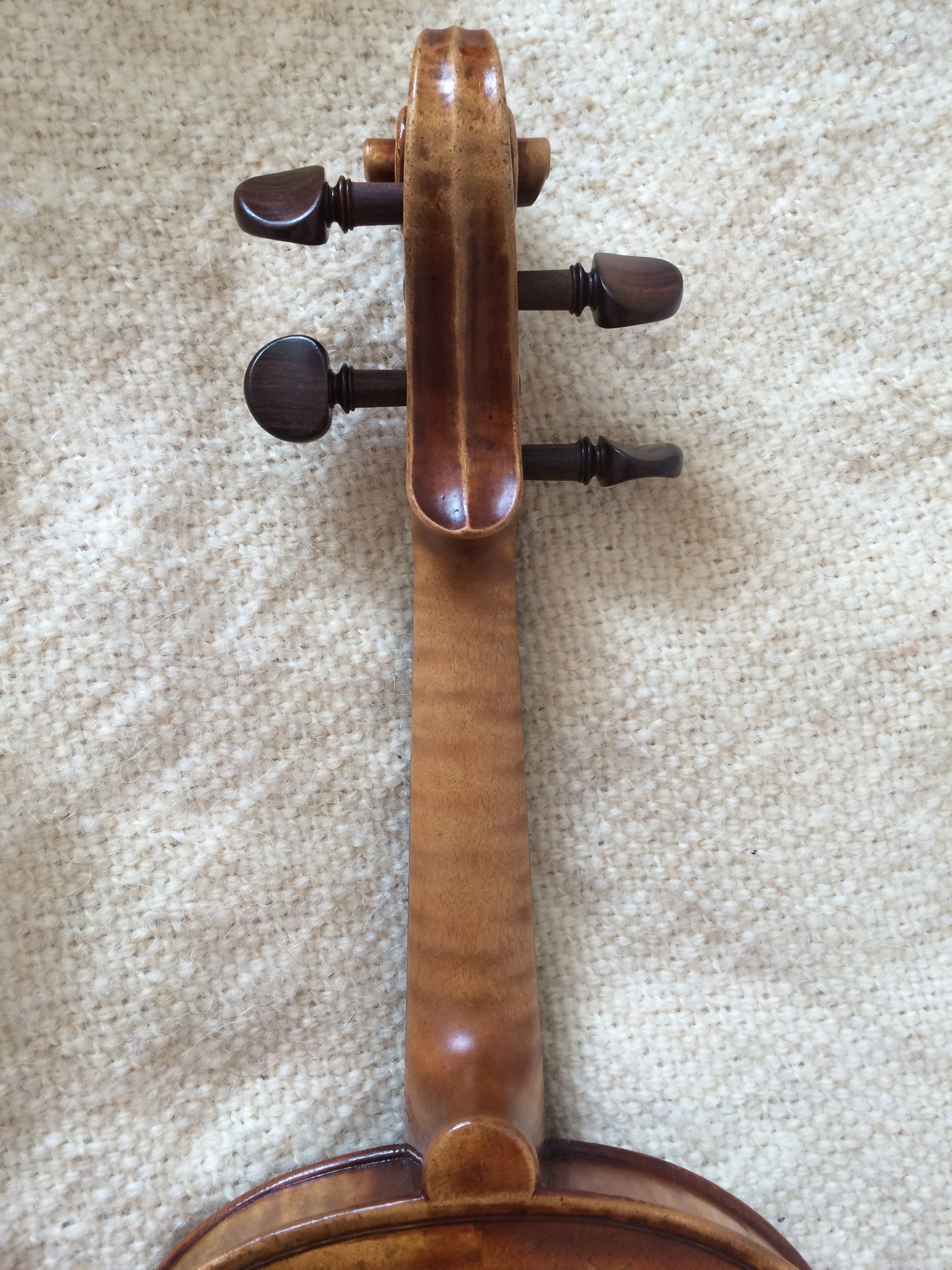 However, once you have the opportunity to see, hold and play on one of the Felix’s instruments, you do begin to wonder how he can possibly better himself further! The moment you start tuning it in, the powerful sound of the violin begins to resonates through your body, and you are taken on the journey by which the instrument responses perfectly well to wherever you wish to go musically. The beautiful balance across all four strings leaves you gliding through different positions effortlessly, and if anything, once you start playing on it, you just want to keep exploring to reach the next level, held back only by your own lack of practice and technical excellence. That sense of ‘faszination’ that Felix as the maker has about his craft is fully embedded in the instrument and transferred to the player who, in the same manner, in turn continues to be fascinated and inspired by the sound it produces.

This instrument is available for sale now. If you are interested in finding out more, please contact us.

There are no upcoming events. 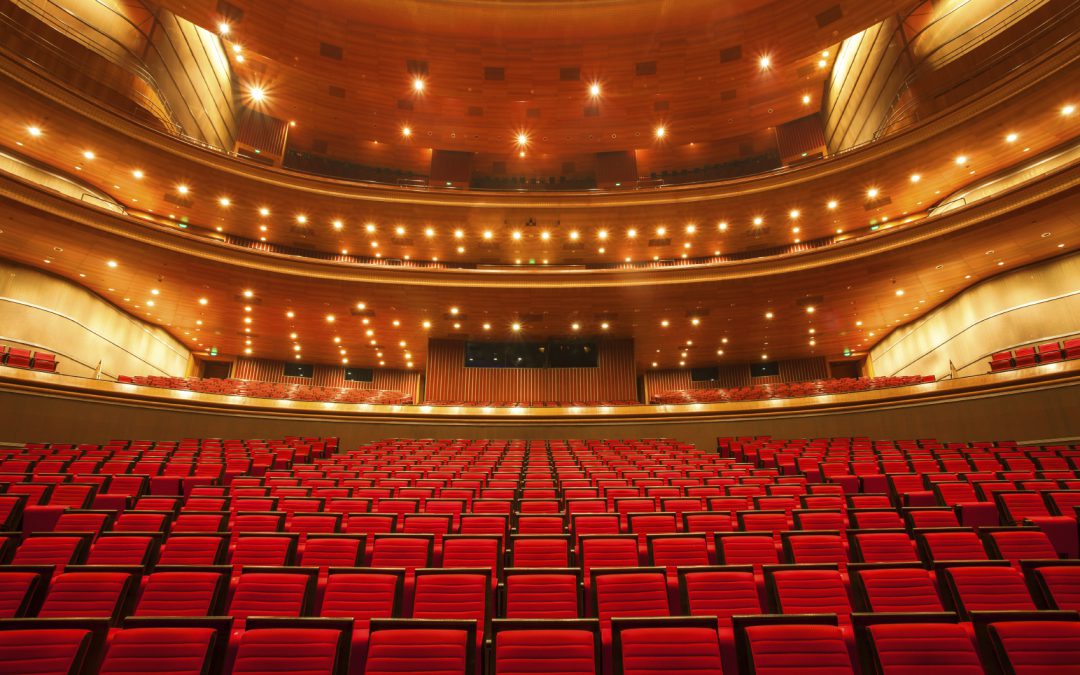